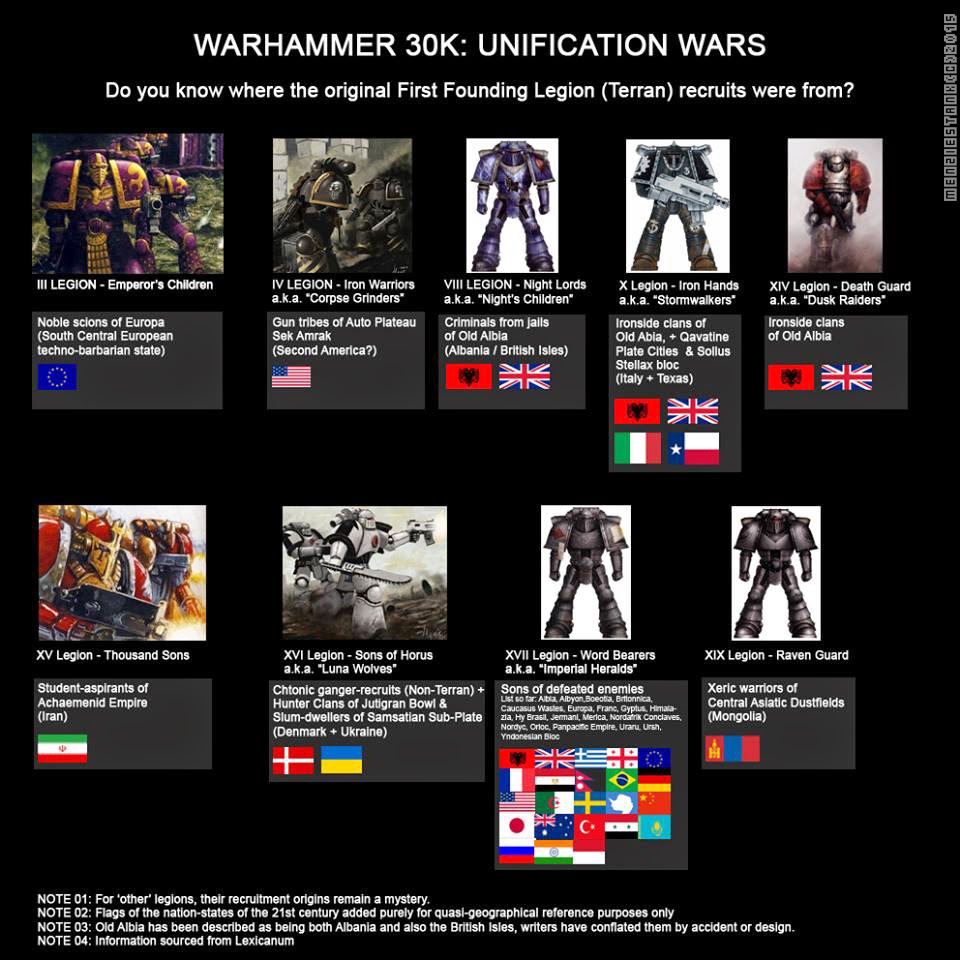 When I did research for this piece I was very surprised to find that the original recruits for the Raven Guard were from Mongolia (which you'd expect this for say the White Scars, but currently in-fluff a lot of the central 40k chapters Terran origins are still a 'mystery') but even more surprised at the hidden gem of the Iron Hands of Texas, i.e. Sollus Stellax Bloc is cod latin-Imperial Gothic for the Lone Star State (Solo Stellar).
Other amusing tidbits include the conflation Old Albia as being both the British Isles AND Albania (purely for that double-headed eagle motif), and that the Word Bearers / Imperial Heralds are probably the most racially and culturally-diverse Legion recruiting from an ever-growing list of 'defeated enemies of the Emperor'. No wonder they're so highly treacherous! :)
Lastly in terms of geographically corresponding the real-world locations with the Terran Unification Wars fluff I relied on a map of Terra circa Unification Wars (late 29th Millenium) created on deviantart by 'Quantumbranching' that greatly assisted my research, do check it out!
Link to map here.