Ive been trying out the Maelstrom of War missions from the new 7th edition rulebook. At the moment I'm just using the objective markers I have putting large dice adjacent to it to mark out the 'numbers' integral to the randomised tactical objective cards, which has introduced a whole new element to the game of 40K. 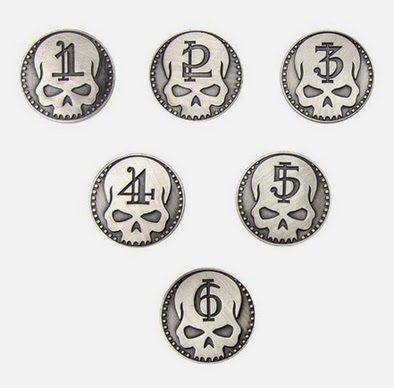 The new missions I've found to be fun to play, but it wasn't long before I thought to myself: How can I make new counters/markers easily, and still in keeping with the 40K setting?


GW has it's own 'brushed metal' numbered coins it uses (see above), sold as part of the Munitorum Edition, very snazzy. Perhaps just painting numbers in Imperial Gothic script onto spare 25mm bases or spare coins was the way to go. Simple, basic, and quick. But I felt something was missing...

Then an idea hit me, and now I have these new themed numbered objectives, specially for the Maelstrom of War missions: 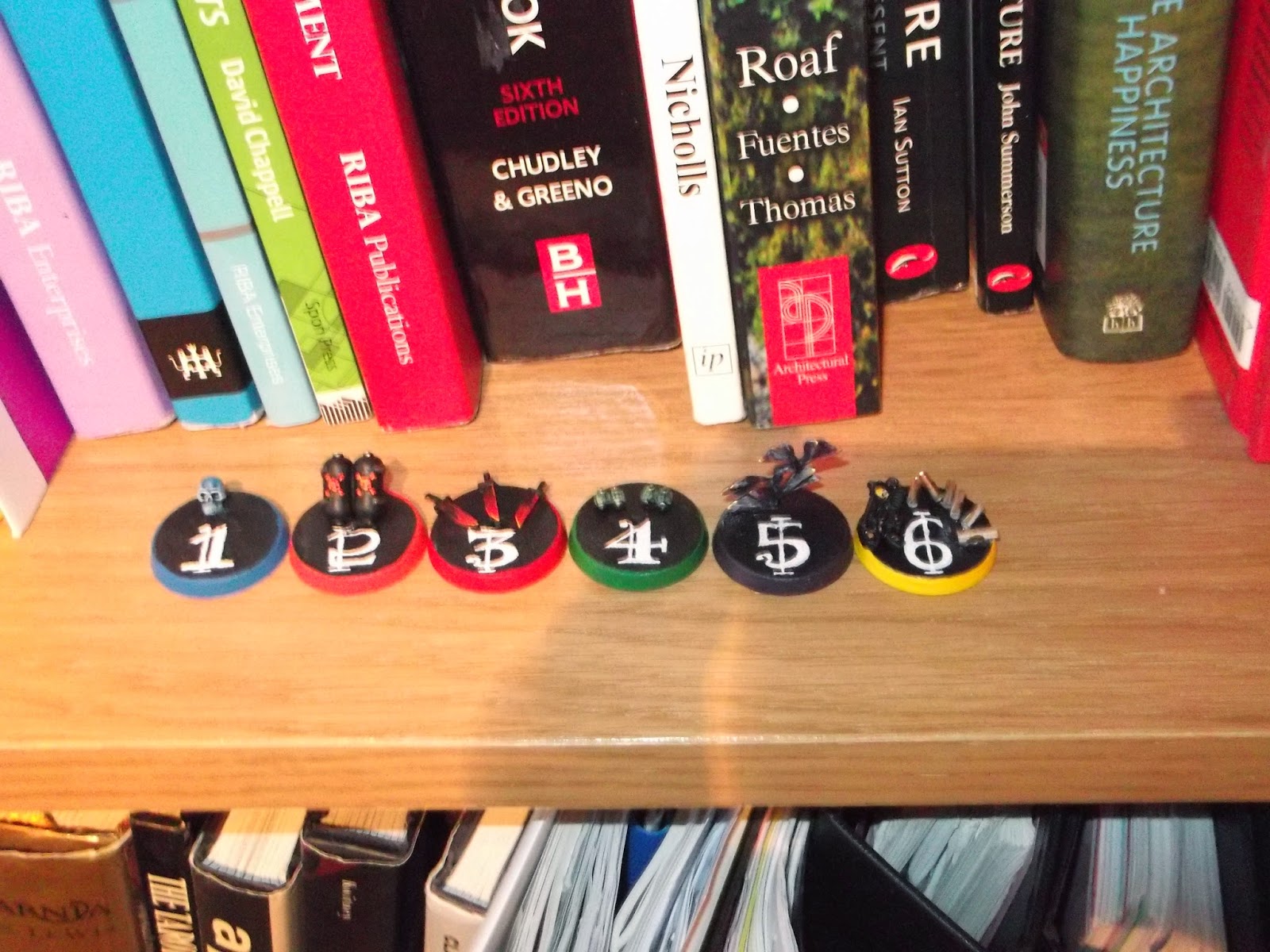 While I had indicated in white paint against a black background the numbers suitably in a 40K flavour, I have also done the following:

1. Colour-code the edge of the bases to relate to the numbered objective, e.g. Blue = 1, Orange = 2, Red = 3, etc. This is to ensure said marker 'pops' visually and distinctively on the battlefield as its' both fun and colourful in what can be a pretty drab setting, and also serves as a visual aid to remember where each objective is.

2. Added colour-coded items to each base relating to the number indicated on the objective, so we have a single blue-energy skull for 1, double-promethium orange-symbol tanks for 2, triple hot-glowing cursed red daggers for 3, quadruple radioactive green grenades for 4, an alien plant with 5 purple leaves, and a set of 6 gold bullet casings for the final objective.

I'm pretty pleased with the result, and I think it will look great in my future games of 40K.

Best of all, it didn't take me long at all to produce, just a spare evening's worth of cobbling leftovers together from my bitz box which was both easy, and relaxing.